Princess Pocahontas is the titular main protagonist from the 1995 film of the same name and its sequel. She is the seventh official Disney Princess.

Pocahontas is a member of the Powhatan Indian tribe that makes their home in Virginia. She is the 18 year old daughter of Chief Powhatan. It is stated that Pocahontas' mother died, and that Pocahontas has her spirit. She is the only member of her tribe that is not xenophobic towards the white settlers, instead forming a relationship with John Smith. By the time of the second film, she is respected enough that she is sent as an ambassador to England on behalf of her people.

Pocahontas is displayed as a noble, free-spirited and highly spiritual young woman. She expresses wisdom beyond her years and offers kindness and guidance to those around her. She loves adventure and nature. In the film, she appears to have shamanic powers since she was able to commune with nature, talk to spirits, empathize with animals and understand unknown languages.

In the sequel, Pocahontas seems to have grown after hearing of John Smith's assumed death. She keeps her independent spirit and playfulness, but is much more mature and self-assured than she was in the first film. During her stay in England, she nearly loses herself in the hustle and bustle of this new world and is turned into someone she's not. But in the end she bravely intends to sacrifice herself for her people's safety and returns to her homeland, finding herself, and love, once again.

Pocahontas is an extremely beautiful young woman with exotic good looks, long raven-black hair, copper skin and twinkling dark brown eyes. She has a tall, slender, statuesque figure and goes around barefoot in the first film, whereas in the second film, she wears flat shoes. The animation of Pocahontas is different from other Disney princesses.

Pocahontas is first seen atop a waterfall, when she is summoned by her friend Nakoma. It is revealed that Pocahontas has been having a series of unusual dreams, and she does not understand what they mean. Nakoma counsels Pocahontas to speak with her father, Chief Powhatan, who has recently returned from war. At the village, Pocahontas meets with her father, and learns that Kocoum, one of her dad's finest warriors, has asked to marry her. As a gift, Powhatan gives Pocahontas her mother's necklace, which her mother had worn at their wedding. Pocahontas doesn't feel that this is the right path for her, but Powhatan feels that Kocoum would be a fine husband for Pocahontas, as Kocoum is steady and serious, as well as brave, loyal, strong and protective.

Pocahontas later encounters one of the settlers, John Smith. Over time, the two get to know each other, asking all sorts of questions about each other's people, lives, and different worlds. However, the conversation goes sour when John Smith unintentionally reveals his prejudices towards Native Americans. Pocahontas explains to him the beauty and importance of nature and respecting the earth through the song, Colors of the Wind. This causes John to see the ill of his thoughts and change his ways, and the two begin to strongly fall romantically in love with each other. However, after hearing drums, Pocahontas is forced to return to the village.

Upon returning to the village, Pocahontas discovers that warriors from neighboring villages have arrived and are planning to fight the settlers. That night, despite Nakoma's protests, Pocahontas sneaks off to meet John. Both reveal that their respective people are planning for war. Pocahontas asks John to come to her village and speak with Powhatan, in an attempt to avoid fighting. John is reluctant at first, but agrees after some advice from Grandmother Willow. When Kocoum, who had been warned about Pocahontas by Nakoma, suddenly stumbles upon Pocahontas and John Smith kissing. Kocoum becomes enraged and attacks him. Before Pocahontas can break them up, Thomas, who had been sent to find John, shoots and kills Kocoum. John Smith takes the blame, is taken prisoner by the Powhatan men, and sentenced to die at sunrise.

Pocahontas realizes that she must stop the execution that will lead to war between the Native Americans and the settlers. She runs to where it will take place, calling out to the forces of nature to help her reach them in time. Pocahontas reaches John Smith just in time to throw herself over him and save him from being killed by her father, Chief Powhatan who then comes to his senses and releases John Smith. When the enraged Governor Ratcliffe shoots at the chief, John Smith pushes Powhatan out of the way, and takes the bullet.Soon after, a wounded John Smith asks her to come with him to England, but she explains that her place is in Virginia, with her people. To comfort him, she tells him that no matter what happens, I'll always be with you, forever. They passionately kiss, and the men carry him onto the ship. As it is leaving, Pocahontas runs as fast as she can to a cliff overlooking the ocean. John waves goodbye in the Powhatan fashion, and Pocahontas waves back in the Powhatan fashion, like she showed him to earlier when the two first met, as the ship sails away.

In Pocahontas II: Journey to a New World, Pocahontas goes to London as a diplomat to stop a potential attack upon her people being ordered by King James in a plot by Ratcliffe. There, she is accompanied by John Rolfe and slowly develops a strong and close blossoming romance with him. In the end, she is reunited with John Smith, but explains to him that they are no longer following the same path that they went on years ago, and parts ways with him. Successfully exposing Ratcliffe, who is then arrested by order of the King, Pocahontas and John Rolfe get on a ship going back to Virginia together, and embrace and kiss passionately as the ship sails off into the sunset.

Story of Joining the Team[]

When Sora, Riku, Jackson Jekyll, and Stitch accidentaly fell out of the ship when it was blasted by Gummi Heartless, they landed in one of the new worlds and met Pocahontas when they landed next to Grandmother Willow's area. When Heartless were attacking her villiage, Sora, Riku, and Stitch were fighting them off while Jackson evacuated the women and children. Soon when Slender Man appeared, and grabbed Chief Powhatan,

Pocahontas went with Sora and friends to save her father in the woods. Soon after when they all caught up to Slender Man, they had a long showdown that lasted in a total of 204 sec. After when they rescued the chief, Pocahontas began to feel greatful for Sora and friends and they were greatful for her helping them, Pocahontas appearance began to change with her clothes in a different way. Soon after her people saw her changed clothing Sora pointed out how she was the next member to join. After they all celebrated, she joined the team with Meeko, Flit, Percy, and John Rolfe to assist Sora and friends. When Stitch finished making a comunicator for contacting the ship, they all got back on the ship with the new members. 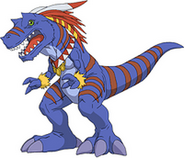